Displayed below are a few photographs to give a flavour of our event on Saturday.  Thank you so much to all who were involved in making this such a successful day; well over 1000 people came along, ranging in age from just a few months to a 99-year-old lady!  The hall was absolutely buzzing with conversations and a real sense of community – it was so exciting to see people engaging over their shared histories.  It really came across just how strongly people feel about the importance of sharing these stories and making sure that they are available for future generations.  People clearly value the opportunity to share their knowledge and we have had a lot of interest in signing up for further information/ involvement on the project as we take it forward.

This project has already gained a considerable amount of interest from further afield  as we’ve had several people now living in other countries (including two from Australia!) who have asked to be added to the mailing list, and we chatted to a number of people who had travelled from further afield specially.

The feedback that we received from consultation with local people will be invaluable now in shaping and supporting our application to the Heritage Lottery Fund and we aim to submit this towards the end of September.  Once again, thank you everyone for your support! 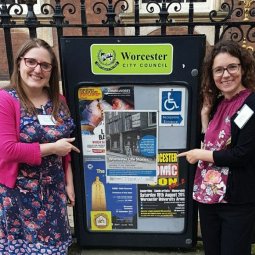 Memories of the Beatles in Worcester 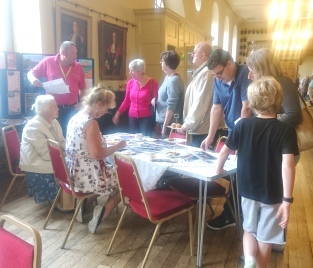